← Bobby Kennedy and Me 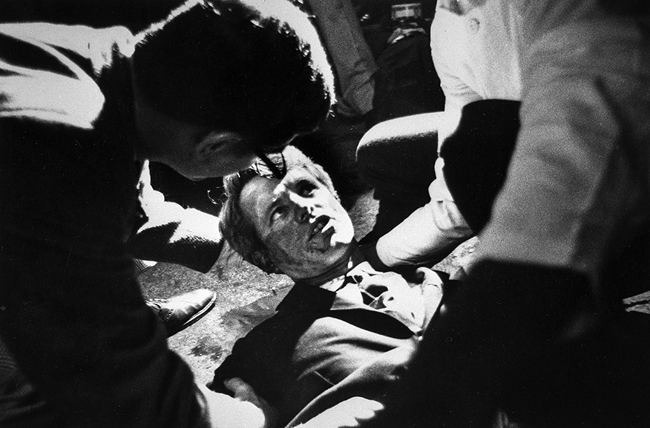 June 5, 1968: Presidential candidate Robert F. Kennedy lies on the floor at the Ambassador Hotel in Los Angeles moments after he was shot in the head. He had just finished his victory speech upon winning the California primary. This photo was published on page one of the June 5, 1968, Los Angeles Times.