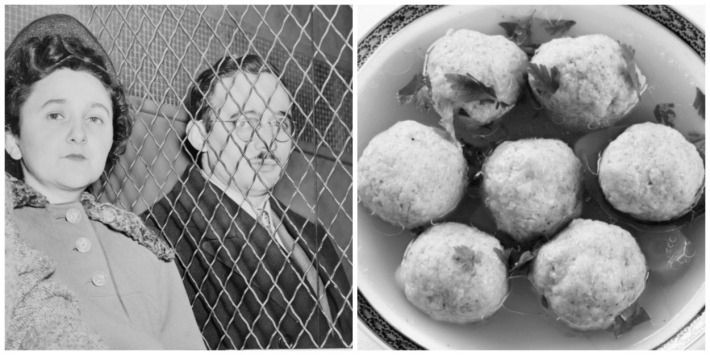 It was a post war Passover plot worthy of the Russians; a cold war caper to rival anything Julius and Ethel Rosenberg cooked up.

Known as  Operation: Matzoh Ball  it was filled with more than matzo meal – it was loaded with espionage, scandal and treachery. The stuff of legends, this Passover plot was hotly debated over kaffeee klatches for years.  Some claimed foul ball others dismissed it as pure paranoid fantasy.

The dispute continues to this day.

Long before we worried about the infiltration of Russian bots, cold war Americans panicked about Russian spies

By the late 1950’s the cold war had congealed as quickly as a cold bowl of chicken soup.

Americans were still simmering in a brew of paranoia, fear  and suspicion when it  came to the Ruskies.   Communists were sneaky plotters – Russian  spies  could be lurking undetected right in your own backyard. Still haunted by the specter of the Rosenbergs, tried and executed for their treasonous act only a few years earlier,  remnants of the red scare still dictated the mindset of the public.

It was against this backdrop that this mid-century  matzoh ball mystery occurred. 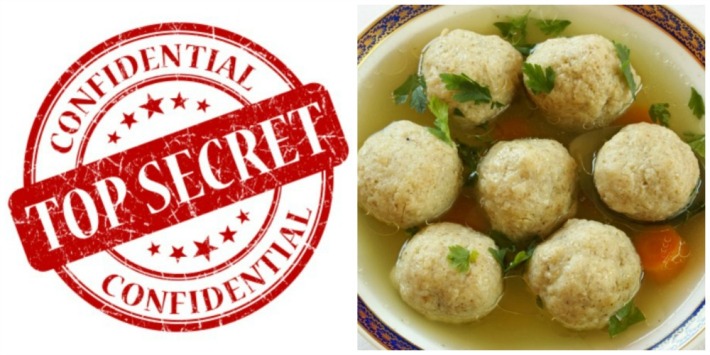 In late March of 1958 with Passover only weeks away, my mother was felled by a surprise attack of a migraine.

Since she was a teen, poor Mom suffered from migraine headaches which along with the excruciating pain made her sensitive to both light and noise. Sometimes her headaches burst upon her with a terrifying suddenness, others, like that day a bright flash of light would give her a  20 minute warning signal. No matter how much Anacin she stockpiled in her arsenal of pain relief, it was woefully inadequate in the face of this massive headache.

Bedridden and burdened with the preparation of a big family Seder looming ahead, Mom called in for reinforcements. Always on 24 hour standby, my grandmother Nana Sadie marched in from Manhattan. Loaded down with shopping bags full of holiday goodies she was prepared to do battle on the kitchen front.

It wasn’t long before Nana’s rich chicken soup with its golden color  and soothing aroma  filled the house, gently wafting out the open windows for all the neighbors to savor.

But even more famous than her chicken soup, was Nana’s matzo balls which were legendary in their melt-in-your-mouth lightness and fluffiness.

Matzo balls were for my grandmother the measure of a good cook’s ability.

The matzo ball recipe, handed down from her mother, my Great- Grandma Posner, was closely guarded, so top-secret, no one but Mom had access to the highly classified information.

Now access to the kitchen required security clearance, and was determined by need-to-know.

No one doubted that something dramatic had been cooking in the kitchen. 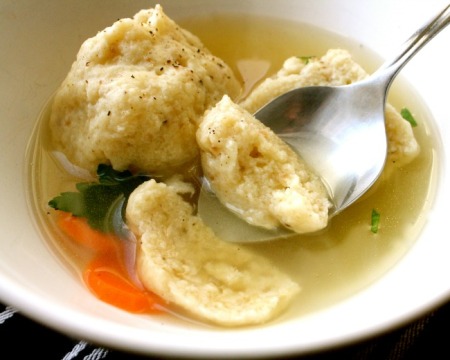 Her recipe was highly coveted – the manner in which she got her batter to reach those heavenly heights was strictly confidential. All the women of B’nai Brith begged her, and the Hadassah ladies tried to hondlen with her. Neighbors nagged and friends became frosty, when she refused.

Mom too, was used to the sidelong glances from the gals of Sisterhood who scrutinized, and analyzed trying to break the code for the sacred recipe. Which brand of matzo meal- Horowitz Bros.& Margareten, or Manishewitz? Maybe Streits was the secret.

Did she use Cotts Club Soda, or stiffly beaten egg whites; oil or schmaltz or, God-Forbid-butter?  No matter how hard others tried to cajole, coerce, and extract the information, their lips were sealed. 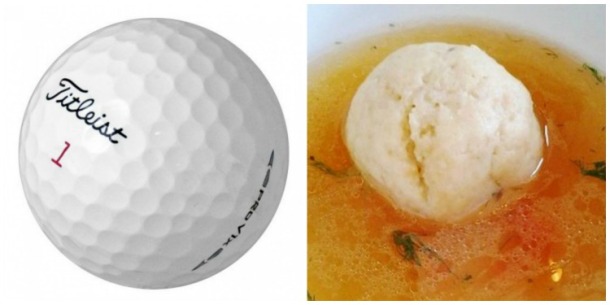 It rankled our neighbor, Natalie Moscowitz  especially with Passover approaching. Her matzo balls were puny, the size of golf balls and almost as hard; they had to be skewered with a fork, while digging in with a spoon to avoid shooting them out of your bowl across the table.

More than anything else, the coveted recipe had become a symbol throughout the neighborhood of  Mom’s prowess in the kitchen; those  soft, voluptuous orbs bobbing in a sea of broth, those bewitching balls, a demonstration of her religious fitness and  holiday efficiency.

As a powerful symbol of Mom’s technological might, the matzo ball recipe was ipso facto something Mrs. Moscowitz had to have.

As Mom regained her strength and her migraine dissipating, exchanges between my brother Andy and myself heated up. Small skirmishes continued to erupt throughout the day.

Exasperated and still sensitive to noise, Mom decided an outside, rapid response force needed to be called in to deal with us.

Mrs. Moscowitz  had helpfully suggested the services of her teenage niece Julie who lived not far away on Verona Avenue. Julie Rosensweig could be deployed on a short notice and since she had previously baby sat for us she wouldn’t need clearance.

Or so we thought. 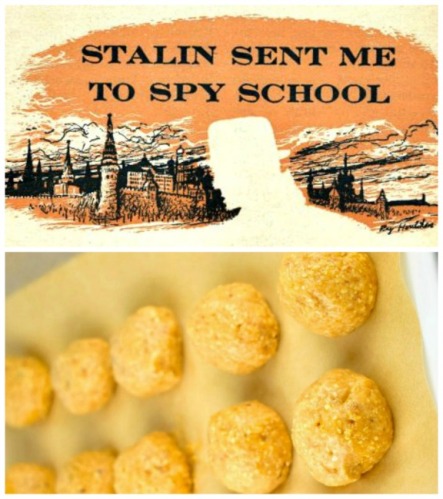 In retrospect, how were we to know that something dangerous would be entering our house undetected ? Like the sneaky Communists, treacherous decoys could infiltrate as friends and neighbors setting off a chain reaction that would reverberate for years.

It didn’t take long before Nana had proof positive that the Moscowitzes were up to no good. Someone had stolen her secret matzo ball recipe.

Within a few days there was a sudden proliferation of fluffy, light-as-air matzo balls up and down the block. Before you knew it, every neighbor would be serving Nana’s chicken soup and matzo balls for Passover.

Loose Talk Is a Chain Reaction For Espionage

Since the formula was top-secret and Nana prohibited dissemination of information about the matzo balls construction, it must have been espionage that allowed Natalie Moscowitz to penetrate our kitchen and test it. Stealing the recipe confirmed for Mom the Moscowitz’s general duplicity and untrustworthiness.

Each new disclosure, fully substantiated or not, was greeted with a kind of knowing sneer  by Mom.

On the defensive, Natalie said that to imply that she stole the recipe, would suggest that Nana Sadie was the only source of kneidel knowledge  and therefore anyone who learned to do it must have discovered the Posner’s secret formula.

But yes, Mrs. Moscowitz did in fact learn by espionage at Moms house, information about the physics of matzo balls.

A good ball has a solid central mass; the correct leavening was essential  to produce the trapped gases and ultimate release of carbon dioxide, providing the propulsion required to expel the  large amounts of energy locked up in the ball’s nucleus. The timing, and cooling period had to be carefully monitored, the density and ratio of fat to liquid to matzoh meal had to be precisely calculated. 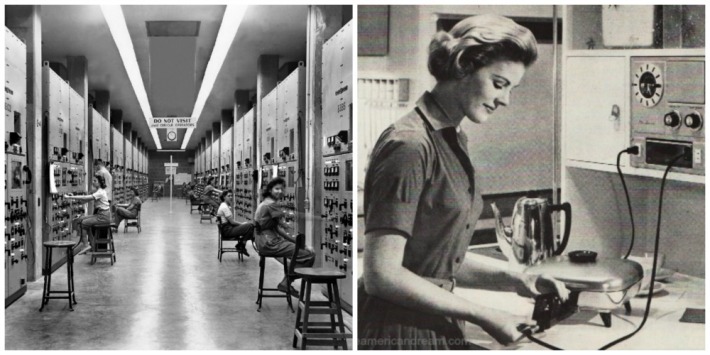 It was Julie with her infiltration tactics, who provided specific data on the design of the Matzo Ball.

Julie’s mother, Ethel Rosensweig, a Home-Ec teacher  was a top-secret formula  breaker, who upon questioning, seemed to have substantial knowledge of the recipe.

Julie provided  Mrs. Moscowitz a good deal of information on the correct placement of ingredients most likely to start a chain reaction in order for the spheres to implode on impact resulting in  matzo balls that were Boombeh’s.

She provided a considerable packet of information including several sketches of molds that could be used to make the proper size, critical to the balls implosive core. The correct diameter was crucial; a few centimeters off in either direction, and the mission would have to be aborted.

Natalie Moscowitz found the material of inestimable significance and was willing to share it with the neighbors.

Natalie and the other neighbors disagreed for a time over whether they had allowed for sufficient compression in shaping the balls in order to produce adequate implosion. The problems were solved  and a few days before Passover they were ready to test. 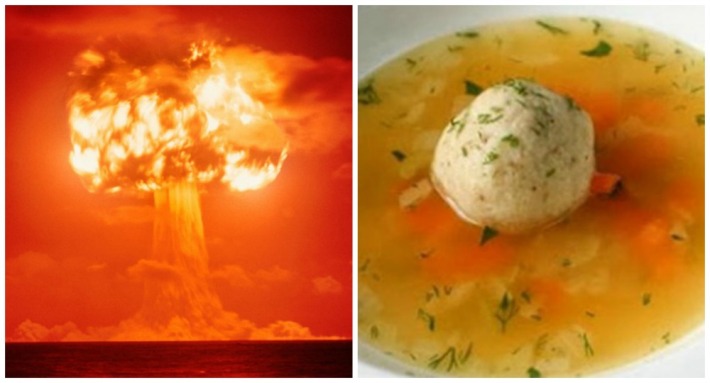 As the balls were dropped into the scalding broth, shock waves were sent though the kitchen.

The correct trajectory of these spheres into the boiling liquid was crucial. Would the balls sink to the bottom of the chicken soup or float delicately over the surface? Did they produce floaters or sinkers?

Almost immediately, the balls themselves swelled so much they filled up the entire pot! BOOMBEH!!

Was it only through underhanded means that Mrs. Moscowitz gained the information they needed to make the delectable dumplings? Was Julie Rosensweig merely a willing patsy?

Of course both Mom and Nana had underestimated the ability of Natalie Moscowitz to gear up so quickly for the production of  perfect matzo balls for Passover. They also underestimated her talent, resources, and resourcefulness.

There was substantial evidence that Mrs. Moscowitz had keen kneidel knowledge and a research program of her own, way before Nana’s visit.

But she lacked the real know how – using crude margarine where Nana insisted on fine schmaltz.

Nana refused to believe it happened, dismissing the intelligence that indicated it had.

She tasted it to authenticate it. Despite the fact the matzo balls were the regulation two inches in diameter, light as clouds, delicately disintegrating into a fluffy mass, they had missed the critical element. 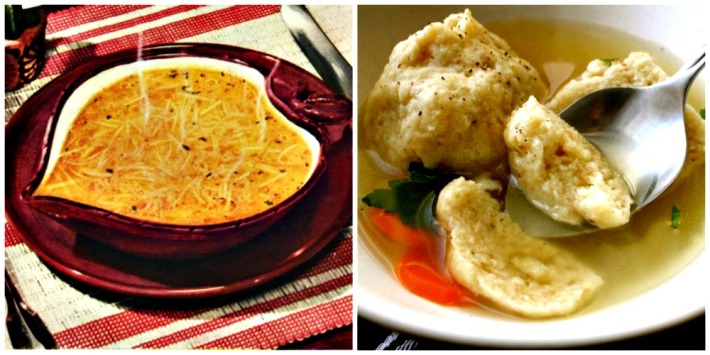 Years later I would learn the secret, handed down for generations, until finally it was my time to be entrusted with it. It wasn’t about the seltzer, the stiffly beaten egg whites or even the schmaltz.

Only then, she claimed, would it be a “meichel for the beichel!” ( a gift for the stomach).

A Happy Passover to all my friends who celebrate it!

Copyright (©) 20018 Sally Edelstein Envisioning the American Dream All Rights Reserved -Excerpt From Defrosting The Cold War:Fallout From My Nuclear Family