The world was never the same because of Ruth Bader Ginsburg.

A shy, petite, Jewish girl from Brooklyn changed my life forever. Her impact was as profound as another self-effacing, compassionate, Jewish, Brooklyn-born woman. My mother. Their place and affections in my heart are equally profound. 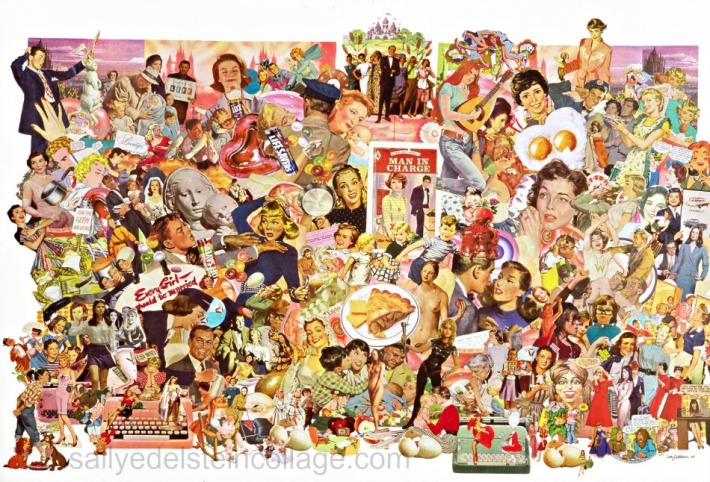 Imagine a time when a bank could refuse to issue a credit card to a woman unless her father or husband cosigned to get a card…or to buy a house or to open a bank account.

Imagine being hired or fired because you were pregnant or your work hinged on you not being overweight. When workplace sexual harassment was not a legal offense. Envision a time when marital rape was not recognized as a crime and birth control could only legally be prescribed to married women. Imagine being locked out of Ivy League schools despite your merits, because of your sex.

For much of their adult life, this was the reality for women of Ruth and my mother’s generation.

But this is not ancient history. This was my life too.  Despite there being a quarter-century difference in age from RBG, my young adulthood experiences in the early 1970s as a female were the same.

What changed it was Ruth Bader Ginsburg.

Against impossible odds, this tiny, tenacious woman who fought sexism with the same tenacity she would demonstrate in fighting cancer, broke long-standing, deeply entrenched barriers to women’s progress and gender equality. All while raising a family at a time when professional working mothers were frowned upon.

In order to understand how truly revolutionary and trailblazing  RBG was it helps to understand the era she came of age in. And the courage it took.

She began her career at a time when conventional wisdom held that “feminists” or anyone who couldn’t find fulfillment in the Lady Clairol colorful cold war world of carpools, cookouts, cream of mushroom soup casseroles, and catering to contented children and happy go lucky husbands, were considered disturbed.

Ginsburg recalled “My Mother told me 2 things constantly. One was to be a lady, and the other was to be independent.”

Ruth was raised in the era when an MRS not a BA was the most valued degree a gal expected to receive at college. Most girls visualized marriage automatically at 21 along with voting and legal drinking, never doubting for a moment  that the sound of Handel’s  Wedding March would follow directly after “Pomp and Circumstance.”

Most young women in the 1950’s were convinced that the basic occupation of virtually every girl was choosing a man to marry, and college courses were set up to help Betty Coed in her mission to snaring a proper mate.

In the spring of 1954, the same year Ruth Bader graduated Cornell another Brooklyn girl was preparing for graduation herself. My mother’s cousin Rhonda was a college senior at Syracuse University  searching for Love and Marriage.  A 1950 graduate of Brooklyn’s Erasmus HS to Ruth’s James Madison, High, their lives would take them both out of their beloved Brooklyn but in very different directions.

Pretty and popular, Rhonda was voted the college senior with the likeliest future for matrimony. Convinced that the basic occupation of virtually every girl was choosing a man to marry, Rhonda was a smart cookie. She had a keen sense of her market value: her looks, personality, and virginity.

One of the first National Merit Scholarship winners, Rhonda knew brains were not enough for a gal to get by and in fact, could prove a booby trap without that right shade of lipstick and that perfectly turned out casserole. On the ball, she enrolled in the newly developed Marriage Arts Department of  Syracuse University, which promised to help her with her makeover from a Brain from Main to someone beau-worthy. 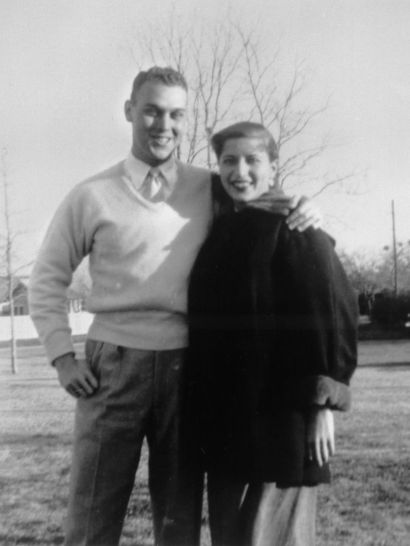 Only a few years earlier in a speech to business and professional women, the Dean of Women at Syracuse University announced that feminism was outdated. Fortunately, Rhonda thought with a shudder, women had passed through that stage.

RBG married a man that not only was a brilliant lawyer but first-class gourmet chef and one who supported, encouraged, and made sacrifices to his own career in order to advance hers. (L) Home Ec. Class- Illustration “Saturday Evening Post” Feb 16, 1957, Steve Dohanos illustrator

Courses on making a home were most informative. “Your home,” her teacher Mrs. Berkley told the note-taking girls,  “is the setting for both you and your husband in the eyes of the world. It is your background. People who wonder what sort of person you are, see your home, and know.”

In this way, it was a very important factor in your husband’s career.

“Men especially, are very shrewd at judging other men by the women they marry and the homes those women run,” she told the class somberly.

“A New York financier once told me,” she explained to the class, “that his home presided over by an able gracious and clever wife, had been one of the greatest helps to him. Your home, then, with you as its mistress must provide the right kind of backing for a man.”

The ad for Pacific Fabrics with the headline “Well briefed” promises an A+ in fashion for the Miss 5’4″ or less, and judging by the ogling male student she’s scored a good grade.

By early April as graduation neared, Rhonda grew concerned as there was no engagement ring in sight. She bemoaned her predicament-“I’m sick of playing solitaire…I want to wear one.”

What with those pesky Russians building their arsenal of nuclear weapons and  President Eisenhower sending boys all over the globe,  there was no telling how many eligible men would be around.

With her newly sheered bangs to hide her intellectual forehead, her “beau-catching” curls finally caught the eye of a dreamy senior. Her hard work had paid off handsomely, as she accepted both the diploma and her glittering engagement ring. That degree in Sociology would end up tucked away safely in her Lane Cedar Hope Chest along with all her cherished keepsakes. Her real work as a wife was about to begin.

Ruth’s real work was also about to start.

Which senior will you be watching on graduation day?

Graduating first in her class, Ruth also found love and marriage. But she also found purpose. She was indeed a mid-century June bride her one nod to convention in a long life that would proceed on a brave, groundbreaking, and daring course that confronted and challenged the status quo. 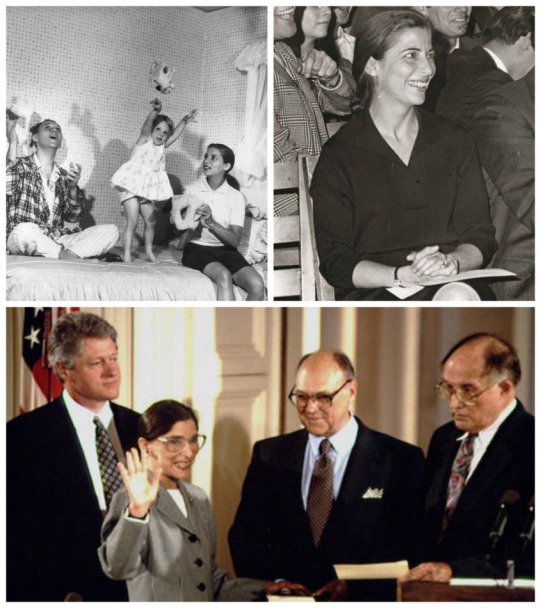 A Jew. A woman and a mother. Despite these obstacles, she changed the world. At the encouragement of her beloved Marty, Ruth Bader Ginsburg became the first female Supreme Court Judge.

Her push for gender equality and for recognizing women’s rights as human rights was revolutionary when she began her career. It is heartbreaking that today gender equality has become politicized and framed as part of a radical agenda.

Trump’s re-election is dependent on the votes of fear-based white conservative men who want to return back to an America ruled by white men, the good old days  — before desegregation, before gay rights, before legal abortion, before raping your wife was illegal, before more than a handful of women were in the workforce. When America was great.

But in their opposition to feminism, to abortion rights, to wider contraception access, to marriage equality,  to family policies that would make it easier for women to remain in the workforce, the Republicans have fetishized the Good Old Days not just in rhetoric, but in policy that aims to take us back to them.

RBG never forgot the discrimination she experienced as a woman.

We must work to ensure that Justice Ginsberg’s replacement on the Supreme Court shares that same commitment to gender equality. It will require everyone who believes that women’s rights are human rights to raise their voice and to continue the fight for equality of all people.

The Notorious RBG would expect nothing less.

How To Best Honor RBG